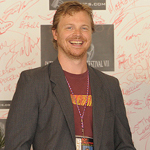 G’Day I’m James Howarth a multi-role filmmaker, editor, actor, creator, and designer. Some of the roles I perform are video editing, producing, directing, camera, acting, lighting, sound, editing, music and footage acquisition, distribution, advertising, image editing, web design and much more. Whatever your production needs are I can fulfill them whether it be new media, youtube, feature film or industrial.

In my past feature films, I have done over 100 After Effects FX per film and edited between 6000-10000 video clips per film. I have worked on many short-form productions in the same capacity. I am finding multi-talent roles are now in high demand.

I have 20 years of experience in Australia and the USA. Producing from pre-production to post-production required thinking outside the box, brainstorming and working with collaborators. Instead of compromising on a vision I have developed new ways and systems to get around barriers and create efficiency.

*Reel and Resume is not a complete list of credits. There are many more videos that are not accessible at this time.